We took the ICN directly to Lausanne and caught a local train to Morges.  The narrow gauge BAM train waiting for us was one of the old trains, all other trains were newly delivered by Stadler.  The weather was quite bright but the wind was very cold.  We climbed up through the vineyards and admired the Chateau de Vufflens before changing trains at Apples for L'Isle.  This is a pleasant place by the water but the cold wind quickly drove us back into the warmth of the new train.  When we arrived the kids were on break but they quickly went in as soon as the bell was rung.

We changed again at Apples for the train through to Biere.  We had thought to spend a little time in Biere, maybe even get lunch there, but out plans changed when we saw on of the big green electric locomotives waiting in the yard to leave for Morges with a couple of carloads of logs on narrow gauge skates.
We took the next train back as far as Vufflens le Chateau in the hope that the "freight" train would be following. This turned out to be the case and we were able to photograph it in the country.

We took the next train back to Morges and watched the whole process of putting standard gauge cars back on the standard gauge as well as moving them onto the narrow gauge skates. This was done in good light, at a reasonable distance and in safety from the passenger platform. 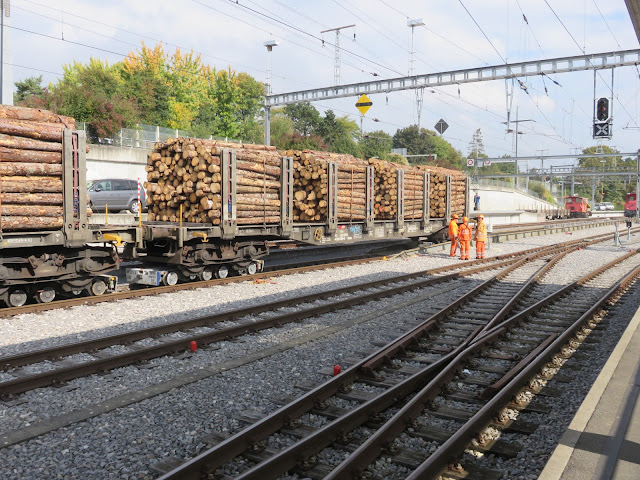 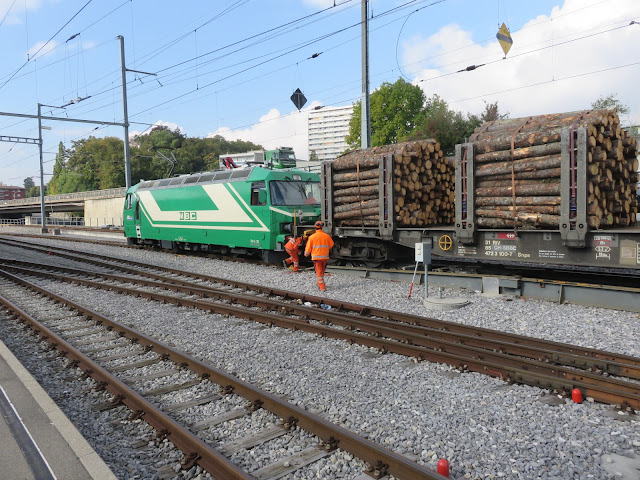 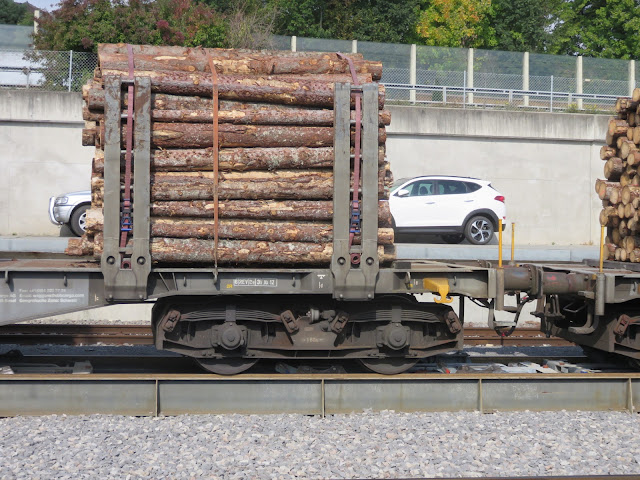 A small SBB locomotive arrived with a number of cars for the BAM, including eight strongly built flat cars which were likely used by the military to move tanks around, 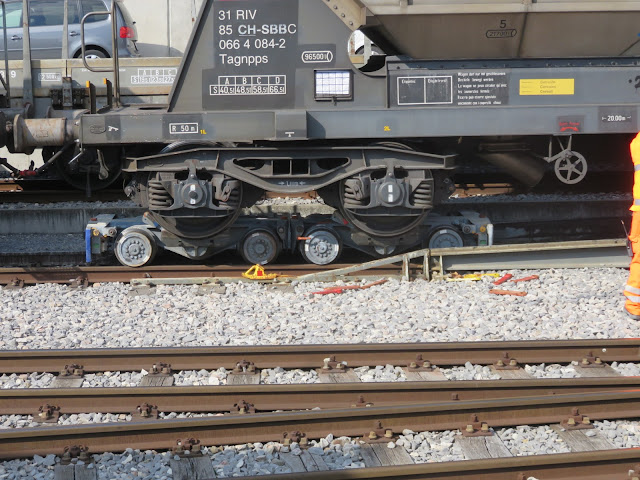 These videos illustrate the process


Click here to see all pictures taken on the BAM

Even though we had had a break for pizza we were getting pretty cold by mid afternoon.  We took a train back into Lausanne, made our way through the metro (confusing) and caught a narrow gauge suburban train out to the end of the line at Bercher.  The hotel there provided coffee and cognac and we took the Post Bus through beautiful countryside with several small villages to Yverdon les Bains. 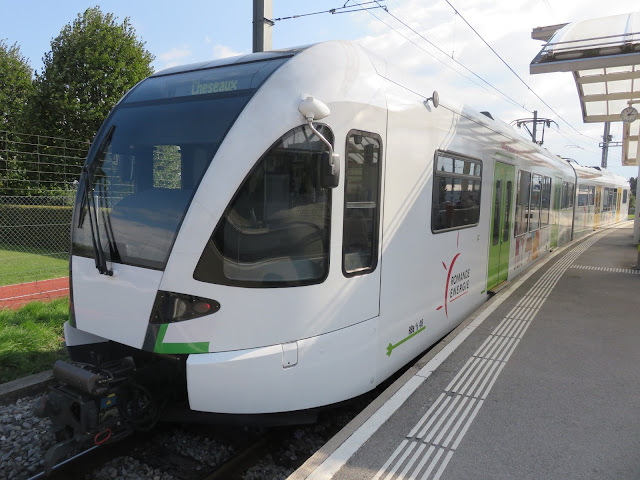 A narrow gauge "freight" train was set up ready to leave as we caught the ICN back to Neuchatel.

There was still one more item to finish today.  We took the Neuchatel tramway out to the end and back.  The last time we were here we found the track was in very poor condition and gave a bad ride.  The track has been significantly improved and the ride is now very good.  At some time in the next few years the line will be re-equipped with trains from the Trogenerbahn which will become redundant with the St. Gallen S-bahn scheme.  The Neuchatel tramway has a brighter future.

An Occasional Diary for 2016